The eggplant with chocolate, is a recipe of the eighteenth century Amalfi Coast.

The recipe is historical and its origins are disputed by several convents and monasteries of the Coast, the most accepted, the version of my friend Ezio Falcone, and that which is born in the monastery of Polvica in Tramonti as sweet eggplant.

The eggplant is fried twice, after being passed in the flour, and this already reveals a relationship with the medieval kitchen which included the double cooking food, the main ingredient, then, it was put to soak in concierto, herbal liqueur product by the Franciscan friars of Tramonti, finally it is covered with layers of chocolate sauce enriching each layer with candied orange and cedar (arabosicule influences coming from the intense commercial relationships of Amalfi).

And a recipe revisited by me, more balanced, instead dell’ammollo expected from the original recipe that weighed down and covered the sweet flavors, I matched the ice cream
the “Concierto”.
Ingredients per 4 servings:

Procedure:
Peel and cut the aubergines in very thin slices and brine them for 30 minutes.
In a non-stick pan, cook the cream, mixing all the above-mentioned ingredients, the milk must be already hot. Cook it until the cream, on a low flame, just begins to boil. Let it cool down.
For the chocolate sauce, you need to cook in bain-marie way all the ingredients very well mixed. Cook it on a lwa flame. Let it cool down in the fridge.Squeeze carefully the aubergines out with your hands and lightly flour them. Fry them, afterward deep the aubergines in the egg white and fry them again, let dry them on a paper cloth.

For the preparation:
place one slice of aubergine in a dish and spread the cream on top together with the mixed skins (cut in cubes) and the pine nuts, roll them like a veal roll and cover it with the chocolate sauce.
Garnish it with some slices of dehydrated orange at 60° and serve by spoon.

We suggest you to match it with an ice-cream of our local “concerto” liqueur which is a mixed of local herbs. 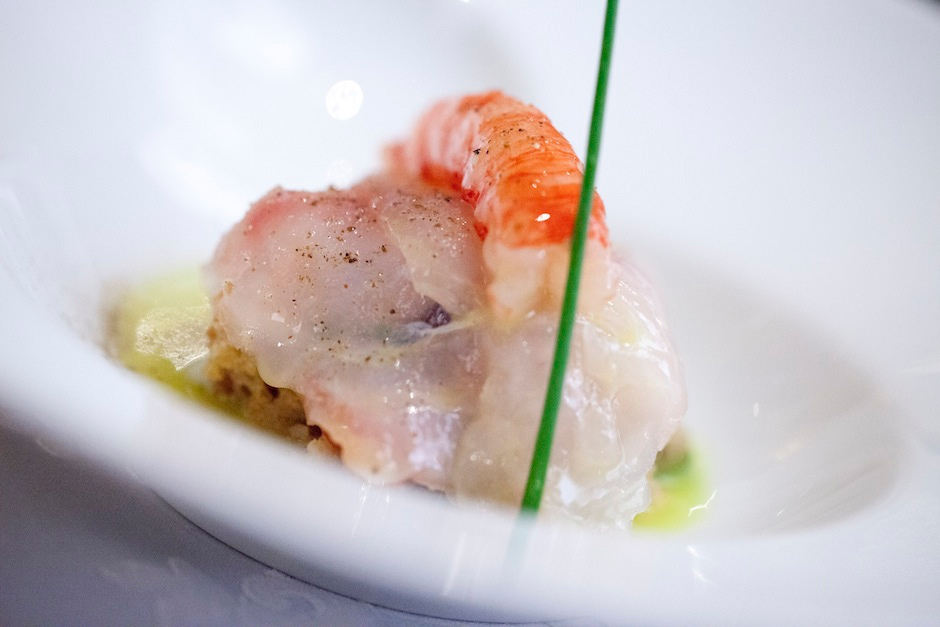 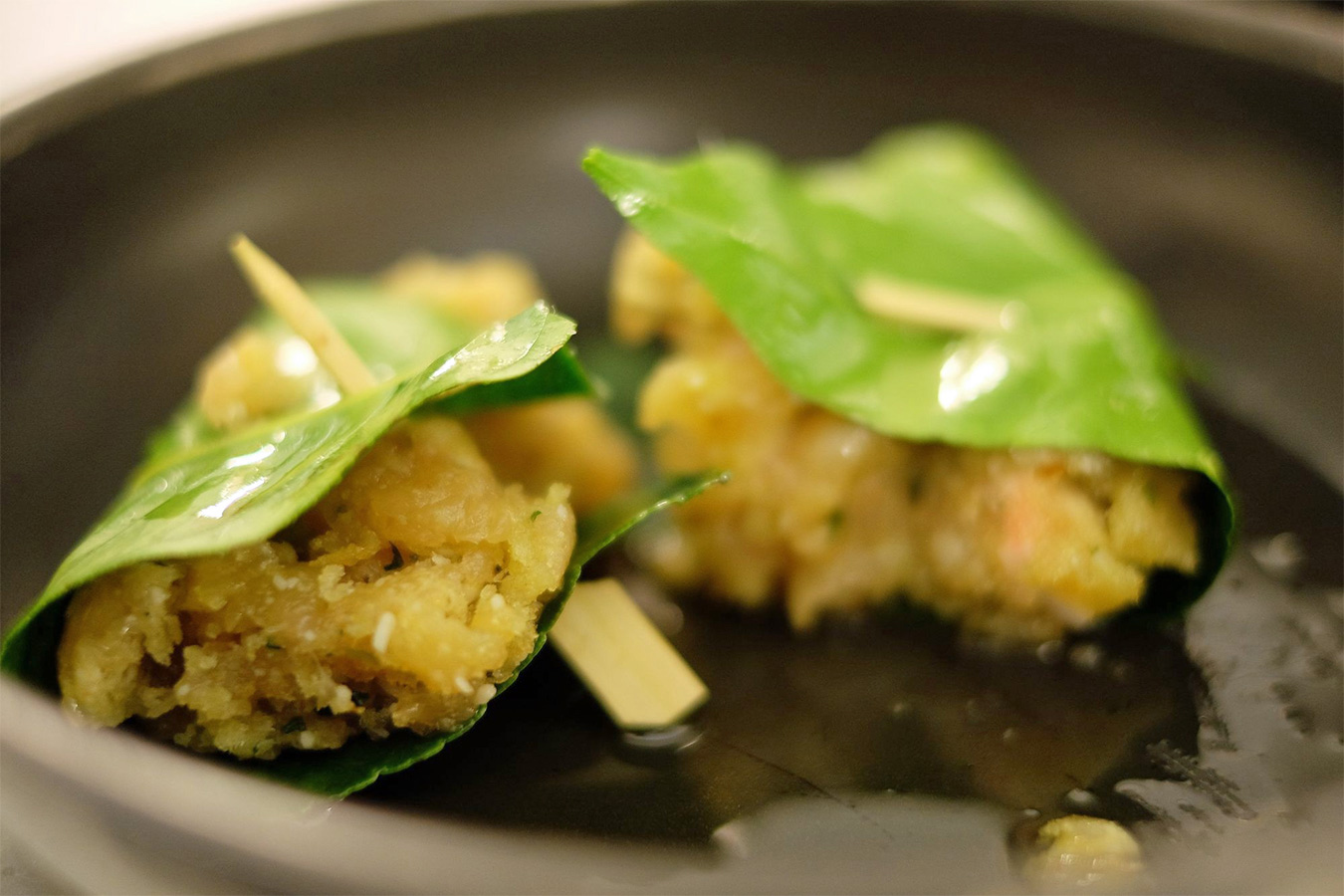 Squid stuffed with zucchini with pendulum tomatoes and zucchini flowers