The eggplant with chocolate, is a recipe of the eighteenth century Amalfi Coast.

The recipe is historical and its origins are disputed by several convents and monasteries of the Coast, the most accepted, the version of my friend Ezio Falcone, and that which is born in the monastery of Polvica in Tramonti as sweet eggplant.The eggplant is fried twice, after being passed in the flour, and this already reveals a relationship with the medieval kitchen which included the double cooking food, the main ingredient, then, it was put to soak in concierto, herbal liqueur product by the Franciscan friars of Tramonti, finally it is covered with layers of chocolate sauce enriching each layer with candied orange and cedar (arabosicule influences coming from the intense commercial relationships of Amalfi). And a recipe revisited by me, more balanced, instead dell’ammollo expected from the original recipe that weighed down and covered the sweet flavors, I matched the ice cream the “Concierto”.

Coffee cups, the art of ceramics 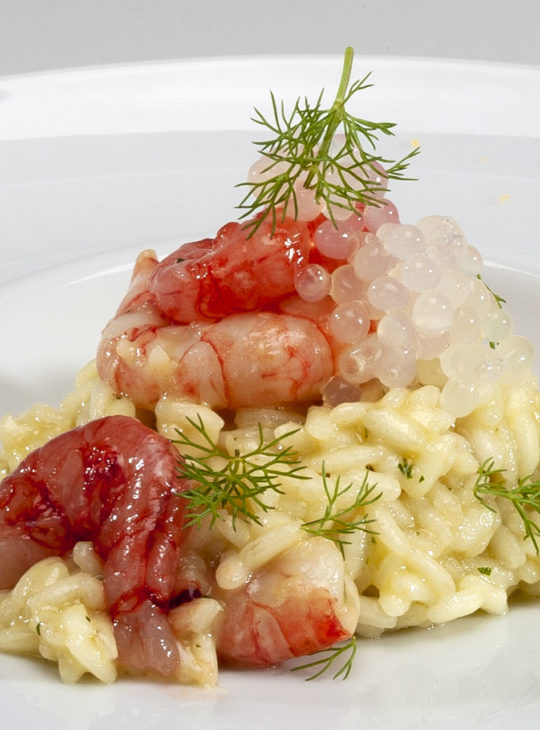 Risotto with a lemon scent with raw and cooked shrimps, caviar of lemon and mullet eggs